Create an Account - Increase your productivity, customize your experience, and engage in information you care about.

Beginnings
The first formal step in Spring Valley becoming a city took place on December 14, 1954, when a petition for incorporation signed by 26 residents was presented to Harris County Judge Bob Casey. This requested the incorporation of the Town of Spring Valley under the provisions of Chapter 11, Title 8, Revised Civil Statutes of Texas, 1925. 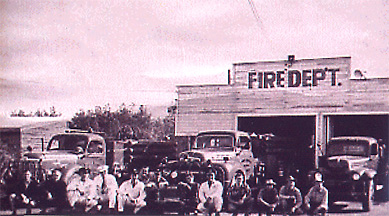 The 1st Mayor
An election on April 9, 1955, to decide the incorporation issue passed by a vote of 183 to 165, and Judge Casey declared the Town of Spring Valley to be incorporated on April 25, 1955. On June 30, 1955, Judge Casey swore William F. Cannon into office as the 1st Mayor of Spring Valley, along with Alderman Norman E. Walsh, W. Floyd Clark, and Ray B. Moroney.

The 1st Ordinance
The desire for zoning having been the primary reason for incorporation, the Council adopted Ordinance 1, Book 1, on July 18, 1955 which regulated the issuance of building permits. This was followed by passing an ordinance governing subdivisions on October 10, 1955. A Zoning Commission was created on January 24, 1956. A Zoning Ordinance was adopted on April 2, 1956. Having no municipal water and sewer systems nor fire department, and the area having many trees, the greatest portion of Spring Valley was zoned residential and limited to 1-family, 1-story dwellings. From time to time, the Zoning Ordinance has been amended and rewritten to strengthen and better serve the majority of the property owners. In 1981, the major change was made when 2-story houses were permitted for the first time.
Street Names
The streets of Spring Valley reflect names of families who either owned or developed that area. What is called Westview Drive today was once called Holms Road for the E. J. Holm family. Fries Road, named after Mr. and Mrs. Fries honored a family who owned 1 of several plant nurseries in the area. Beutel Street was named after Mr. and Mrs. Louis Beutel who owned most of the Osborne Survey, which consisted of tracts of land given by Sam Houston to men who served in the army of the Republic of Texas. 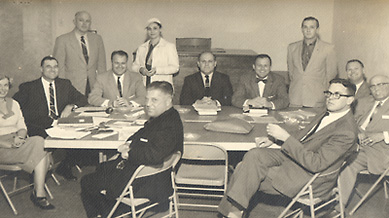 Name Change Ordinance
The population of the town grew rapidly after incorporation and exceeded 600 residents when on April 16, 1957, the Council adopted an ordinance whereby the Town of Spring Valley was to be known as the City of Spring Valley.

Police & Fire
Police services provided another reason for incorporation. As first, Spring Valley had a Marshall who received only car expenses. The Spring Valley Police Department now offers 24-hour protection provided by a Chief, Lieutenant, Sergeant, Detective, many officers, and civilian personnel. The department provides protection to Hilshire Village under a contract agreement.
Fire protection during the same time grew from a volunteer to a career department incorporated as the Village Fire Department. Emergency Medical Services staffed by paramedics are provided as well. Costs to operate the department are shared by the 6 Villages served.

On July 3, 1983, the City Hall was dedicated to the citizens of Spring Valley Village. The building was wheelchair accessible and housed all City offices as well as a Municipal Court Room and Police Department.

The Grand Opening of the current City Hall and Police Department building was held on May 23, 2017. The former building was demolished in August 2017 in order to make way for park renovations and the installation of a new water well. 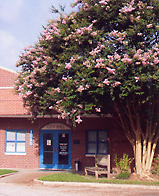